Welcome to the Blog Tour for Clanless! Clanless is the second book in the Nameless series. I took part in a tour for the first book and I am so excited to be a part in the tour for the second book. Nameless was one of my favorite reads this year, so I was happy to read the second book. If you would like to check out the rest of the tour you can click the banner above. Below you can check out my review for Clanless, and enter a giveaway. I hope you get the chance to read this series. Let me know in the comments below if you have read either book in this series or if you plan to. Enjoy! 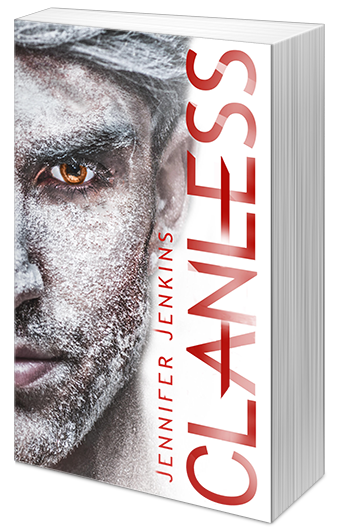 Striker Gryphon has lost his position of honor among the Ram, and is now a hunted man. A traitor.

Zo, the object of his affection, was murdered by members of his former clan. To honor her memory, he journeys to the highly secretive Raven “Nest” to warn strangers of their impending demise—though it could cost him more than just his pride.

He doesn’t know that Zo is very much alive and in another part of the region assisting Nameless refugees over a mountain swarming with wild men known as “Clanless.”

As each struggle to make sense of what their lives have become, they fight and claw to reach the Allied Camp, their last hope in bringing peace to the region.

But the road back to one another is treacherous and uncertain. And freedom will come with a price.

Just when I thought this series couldn’t get any better, it did. I loved this one even more than the first, and I didn’t think that would be possible. Clanless picks up right where Nameless left off. We are introduced to a new group of vicious people called the Clanless.

I didn’t want to put this book down every time I picked it up. It was intense. The writing flowed so easily. Everything was described in such detail that I felt as if I was right there with these characters. There is a lot of action and suspense. It held my attention with the turn of every page. The chapters aren’t too long and they flow right into each other with ease.

I really enjoyed getting to know these characters even more and watching relationships blossom. I wish the third book was out now. I am loving this world and the characters and I want to keep on reading about all of them.  Sacrifices must be made. You are in for a thrill ride of a read and the ending will leave you wanting more, for sure. Things are getting interesting and I can’t wait to see how it all plays out in the third book.

Other Books In The Series: 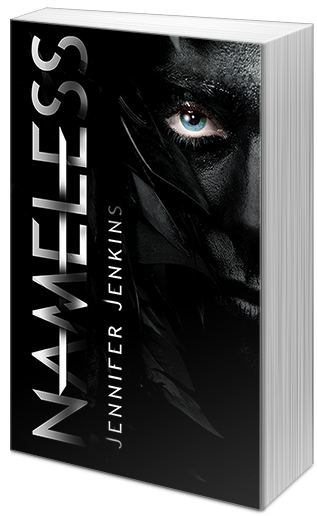 Check out my review for Nameless HERE

Four clans have been at war for centuries: the Kodiak, the Raven, the Wolf and the Ram. Through brutal war tactics, the Ram have dominated the region, inflicting death and destruction on their neighbors.

Seventeen-year-old Zo is a Wolf and a Healer who volunteers to infiltrate the Ram as a spy on behalf of the allied clans. She offers herself as a Ram slave, joining the people who are called the “nameless.” Hers is a suicide mission – Zo’s despair after losing her parents in a Ram raid has left her seeking both revenge and an end to her own misery. But after her younger sister follows her into Rams Gate, Zo must find a way to survive her dangerous mission and keep her sister safe.

What she doesn’t expect to find is the friendship of a young Ram whose life she saves, the confusing feelings she develops for a Ram soldier, and an underground nameless insurrection. Zo learns that revenge, loyalty and love are more complicated than she ever imagined in the first installment of this two-book series.

With her degree in History and Secondary Education, Jennifer had every intention of teaching teens to love George Washington and appreciate the finer points of ancient battle stratagem. (Seriously, she’s obsessed with ancient warfare.) However, life had different plans in store when the writing began. As a proud member of Writers Cubed, and a co-founder of the Teen Author Boot Camp, she feels blessed to be able to fulfill both her ambition to work with teens as well as write Young Adult fiction.

Jennifer has three children who are experts at naming her characters, one loving, supportive husband, a dog with little-man syndrome, and three chickens (of whom she is secretly afraid).