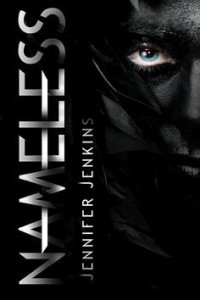 Four clans have been at war for centuries: the Kodiak, the Raven, the Wolf, and the Ram. Through brutal war tactics, the Ram have dominated the region, inflicting death and destruction on their neighbors. Seventeen-year-old Zo is a Wolf and a healer who volunteers to infiltrate the Ram as a spy on behalf of the allied clans. She offers herself as a Ram slave, joining the people who are called the Nameless. Hers is a suicide mission—Zo’s despair after losing her parents in a Ram raid has left her seeking both revenge and an end to her own misery. But after her younger sister follows her into Rams Gate, Zo must find a way to survive her dangerous mission and keep her sister safe. What she doesn’t expect to find is the friendship of a young Ram whose life she saves, the confusing feelings she develops for a Ram soldier, and an underground Nameless insurrection. Zo learns that revenge, loyalty, and love are more complicated than she ever imagined.

As I was just about to start reading this story, I heard someone compare it to the movie 300. I am NOT a fan of those types of books or movies.Warriors fighting with swords and shields and nothing but fighiting and killing with almost no interesting story plot just doe not interest me.  I wondered what I was getting myself  into deciding to read and review this book.  I thought for sure that I was going to be in for a dull and boring ride. It was completely the opposite!. The story was intriguing from the very first page. I even found myself  enjoying  the battles.

There were no holes in this story. Everything was plotted out and executed excellently! While reading I was never confused or wondering what was going on. It was never overdone and had just the right amount of descriptive writing. It wasn’t too much and it was never not enough. The world building was excellent. The descriptive writing really gave me a sense of what this place looked like. I loved that the story alternated narrators each chapter between Zo and Gryphon. It kept the story very interesting and held me captive. I would find myself excited for the next chapter so I could get one or the other’s point of view. The story was done in a way that was kept nice and simple. Sometimes when you get into fantasy worlds full of warriors and captives things get overdone and the story gets lost in all the world building. That wasn’t the case for this story at all.

The characters were well fleshed out and each one had their own charm. I am not one to remember all the names of characters and I usually quicky forget them after I’m finished reading a book. These characters were made so memorable  that I couldn’t forget them if I tried. You couldn’t help but fall in love with each one in some way. They each had their own unique strengths and flaws and you couldn’t help but love them for it. I felt connected to Zo and Gryphon the most. Zo was a strong female who never gave up. She was smart and fierce. Gryphon was noble, strong, and could also have a gentle side.  I am so excited to read more about the two of them.

This story and the characters kept me captivated. The romance was not forced or rushed. I like this book kept to plotting out the story and let us get to know the characters and the world withoutrushing into the romance between some of the characters. It had just the right amount that was neeeded.. When I got to the end of this story I wanted more. In my opinion the story ended perfectly. It ended in a way that leaves you wanting to read more and  you can’t wait to pick up the next book and see what happens next. It was a slight cliffhanger but not one so intense that you can’t take it and are driven crazy and in agony  until the next book is in your hands.

The only thing I would have liked to see in this story was the world outside the Gates of the Rams. I have a feeling though that I will get to experience that in the next story. We got to know the Wolves, the Rams, and the Nameless well but not much about the Kodiaks or the Ravens. I am hoping for some of that in the next one.

Fans of the Throne of Glass series will really enjoy this book. If you are looking for an interesting read with an interesting plot you should pick this one up. It will keep your interest from beginning to end!