The Cover Reveal for Michelle Madow’s 5th book in the Elemental series is finally here! The Hands of Time is even more gorgeous than the rest of them…if that can even be possible. Be sure to scroll to the bottom of this post after you see the cover and read the synopsis. Michelle has been kind enough to offer the 1st book in the Elementals series  to all new readers for FREE! Warning: You may get hooked and proceed to buy the rest of the series. Without further ado…

The Cover Reveal for Elementals 5: The Hands of Time…. 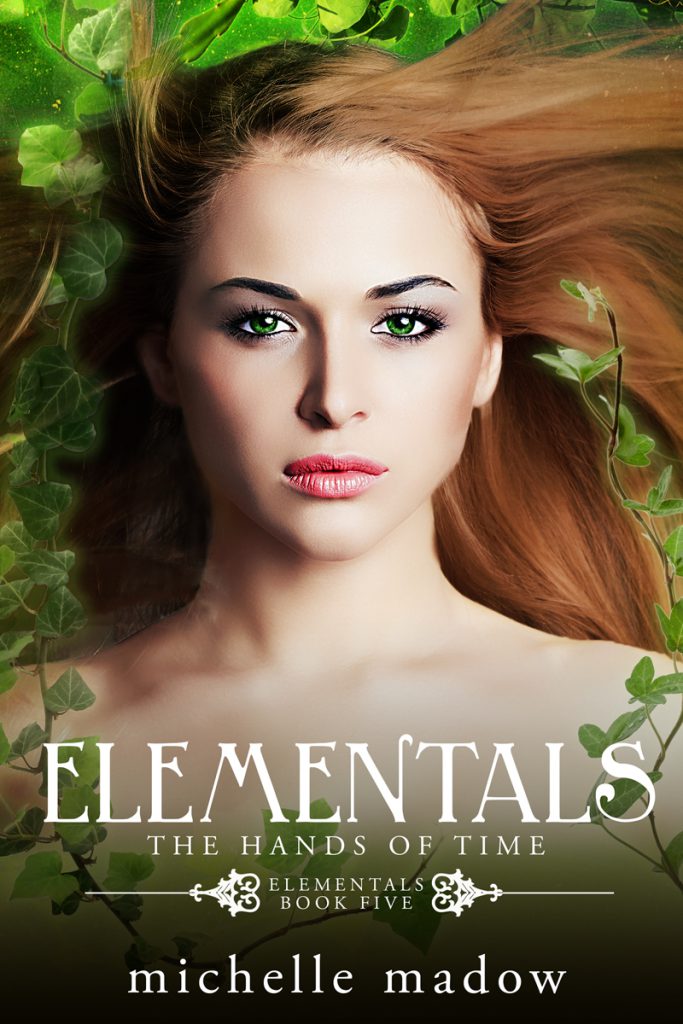 Time is running out. War will be waged. Sacrifices will be made.

Months ago, Nicole Cassidy’s life was turned upside-down when she discovered that she was a witch descended from the Greek gods. She and the four other witches gifted with elemental powers fought all over the world—and in another dimension—to battle the supporters of the Titans and fight for the people they love.

Now the Elementals must stop Typhon—the most dangerous monster in the world—from rising, and seal the portal to the dangerous prison world of Kerberos. But they won’t be able to do that without facing their hardest decision yet… a sacrifice so great that it may be one they’re not willing to make.

Get ready for the stunning, action-packed conclusion to the bestselling Elementals series, with twists and turns that you’ll never see coming!