In The Shadow Of The Dragon King by J. Keller Ford 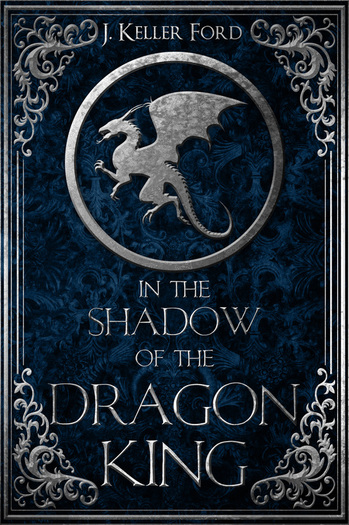 Seventeen-year-old, Eric, is a kick-butt squire to the most revered knight in Fallhollow. Well he would be if Sir Trogsdill allowed him to do anything even remotely awesome. Determined to prove his worth, Eric sets out to find the mythical paladin summoned to protect the realm from the evil lurking nearby.

Right when things start to get interesting, he is whisked away to the magical realm of Fallhollow where everyone thinks he’s some sort of paladin destined to fulfill a two-hundred-year-old prophecy. He’s supposed to help kill a dragon with some sort of magic key. The same key that happens to adorn the neck of an annoying squire who’s too wrapped up in proving himself to be much help to anyone.

With egos as big as the dragon they need to destroy, Eric and David must get over themselves, or watch everything they know and love, burn.

When I read the synopsis for this book I was so excited to get my hands on this book! It sounded entertaining and like an epic adventure. Unfortunately this novel just fell completely flat for me. I really tried to like it. I got halfway through this book and I just had to put it down. I just couldn’t go on any longer. I felt like there wasn’t much world building. The conversations in the book were lengthy and unneeded at times. It felt like I was reading a conversation more than reading a story. I couldn’t connect to the characters. They were supposed to be 16 years old but they reminded me more of nine or ten year olds with the way they acted. They were annoying, whiney, and just very immature.

It got confusing at times and I couldn’t keep track of all of the characters. I felt like the story was way more tell than show. Everything was being told and explained to me in conversation rather than being shown. At times it was all over the place. It felt rushed.

It didn’t keep my interest and I was forcing myself to read it in hopes that it would just get better. The plot started to get a little weird for me and seemed very unbelievable and ridiculous. The characters started to completely annoy me and I just had to put it down. I was very disappointed. I really wanted to love this book. I was completely let down. The cover is absolutely stunning and the synopsis sounded excellent and I thought this was going to be a fun and fantastic read but it just wasn’t. 🙁 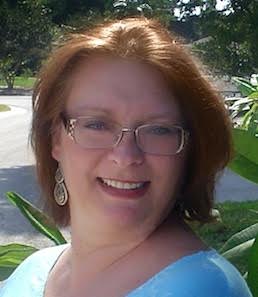 J. Keller Ford (known to all as Jenny) is a scribbler of Young Adult and New Adult speculative fiction. As a young Army brat, she traveled the world and wandered the halls of some of Germany’s most extraordinary castles in hopes of finding snarky dragons, chivalrous knights and wondrous magic that permeated her imagination. What she found remains etched in her topsy-turvy mind and oozes out in sweeping tales of courage, sacrifice, honor and everlasting love.

When not torturing her keyboard or trying to silence the voices in her head, Jenny spends time collecting seashells, bowling, swimming, screaming on roller coasters and traveling. Jenny is a mom to four magnificent and noble offspring, and currently lives in paradise on the west coast of Florida with a quirky knight who was silly enough to marry her, and a menagerie of royal pets. Published works include short stories, The Amulet of Ormisez, Dragon Flight, and The Passing of Millie Hudson. IN THE SHADOW OF THE DRAGON KING is her debut novel and the first installment in the Chronicles of Fallhollow Trilogy.