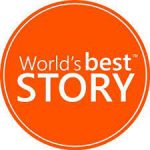 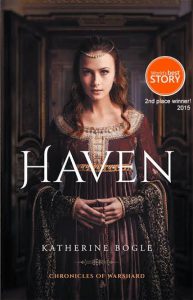 Haven (Chronicles of Warshard #1) is the 2nd place winner of World’s Best Story!

Princess Haven was never meant to be Queen.

Her immortality has saved her time and time again, but when the last of her royal family dies at her feet, she is next in line to rule a nation on the brink of war. With no formal training on how to be Queen, Haven must rise to the occasion with the help of her best friends, and personal guard, or risk losing everyone she has ever loved.

With war to the West, and no escape to the East, the evil tyrant Kadia sets her sights on the six kingdoms. Haven’s neighbors are quick to fall under the swords of Kadia’s shadow soldiers, leaving a sea of bodies and a clear path to Haven’s only home. Haven must make a choice; take her people and flee to the foreign Republic across the sea or lead a last stand against a powerful dictator.

This debut novel was fantastic! It was a great introduction to The Chronicles of Warshard, and I am excited to see where this story will go.  The story was clealy written and the world and different kingdoms were described very well. It was executed in a way that was easy to understand and was never confusing. It wasn’t overdone. Sometimes when you read novels like this with different kings, queens, and kingdoms, things can get confusing and hard to remember who is who, and what is what….that was never the case with this story.

The characters were very likable.  The author had a wonderful way of making you feel like you really knew them in the short time of reading this story.We get to know them enough to get close to them and like them but not too much that there aren’t some elements of surprise left for future novels. There is plenty more story left to tell with these characters.

There is some romance in the story but it doesn’t overpower the story. It is a romance that has still yet to fully bloom. The petals were just opened slightly.  I can’t wait to see how the romance will bloom and grow, however, in the next story. Friendships and bonds that were formed in this book have a lot of potential to grow more as well.

This story gave us a little taste, enough to just wet your appetite. Just  enough to satiate your hunger for this world and characters so that you will come back for more.

I enjoyed delving into this new world and it definitely piqued my interest enough to pick up the next book in the series. I am interested to see what Have will have to face next as the Queen.

My name is Katherine Bogle, and I’m from Quispamsis, New Brunswick (Canada). You’ve probably never heard of Quispamsis, but lets just say it’s outside Saint John! I live with my boyfriend and four cats, and plethora of writing materials.

I’ve always had what I like to call “epic story-dreams”, and Haven was one of those dreams.

I wouldn’t say there is a specific person that ever influenced me to write. My inspiration mostly came from my own desire to tell my own story. Whether it be a whole new world, or fan fiction built around one of my favorite shows, I’ve always wanted to create something new.

A big part of being an author is having something to say, and my goal with my writing is to show women, young and old, that you can do or be anything you want. I’ve always admired strong women, and I think it is very important to showcase the capabilities of women everywhere in literature.

I’m a big fan of video games and art, so a good portion of my time is dedicated to my two Youtube Channels, one for gaming and the other for teaching and inspiring writers. I’m also a photographer!

Since I was in elementary school I’ve always wanted to be a veterinarian! Boy was a surprised when I found out you may actually have to put down animals. SO not happening!

At the moment, my favorite authors are Lindsay Buroker, Susan Dennard, Kristin Cashore, and Shilin Huang. My favorite book of all time will always be Watership Down by Richard Adams. The Emperor’s Edge being a close second!

Fantasy, unexplored/new worlds and badass lady-characters have always been a passion of mine. I do hope you enjoy what I’ve tried to create with Haven! There is much more to this world than you will see at first, so if you enjoy, I hope you’ll stick around for the sequels, and some upcoming short stories/novellas that will explore the Warshard realm further. 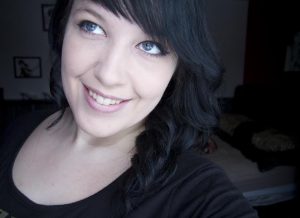