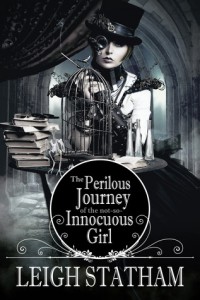 Lady Marguerite lives a life most 17th-century French girls can only dream of: money, designer dresses, suitors, and a secure future. Except she can’t quite commit to a life of dull luxury and she suspects she may be falling for her best friend Claude, a common smithy in the family’s steam forge. When Claude leaves for New France in search of a better life, Marguerite decides to follow him and test her suspicions of love—only the trip proves to be more harrowing than she anticipated. Love, adventure, and restitution await her if she can survive the voyage.

Based on the true story of The Daughters of the King, Louis the XIV’s social program to settle the wilds of Canada with women of noble birth, Marguerite’s steampunk adventure follows in the footsteps of nearly one thousand brave women and girls who were rewarded handsomely for trekking across the pirate infested Atlantic to a strange land.

“The writing is solid and the world-building – that clever combination of historical detail and Ms. Statham’s imagination – is excellent.”~ The Australia Times Books

This was an imaginative story. It kept me interested enough to keep reading. However there wasn’t anything so intriguing that I couldn’t put it down or read in one sitting. When I first started reading the story I felt a little bored. The story quickly took offf when Lady Marguerite boards the aership. This was where most of the action and adventure took place during the story.

At times in the story Lady Marguerite is a loving, caring, strong, and independent woman who doesn’t like to be told what to do and puts others first. However sometimes during the story she could turn a little whiny and acted a little entitled because of her upbringing. It was easy to connect with the first side of Lady Marguerite. She set an example for other women showing them that they did not have to settle for what society says you should be or do. She showed other women how if you really want something all you have to do is go out there and work for it and it can be yours.

There was a bit of something missing for me in this story. It might have been the transitioning from scenes. Sometimes I felt like it jumped into another scene a little abruptly rather than smoothly. Overall, I did enjoy reading this story. It is a fictional story that empowers women. It shows how we can be unstoppable and how when we really want something we can be strong and go for it! It was an interesting and fun, quick read. 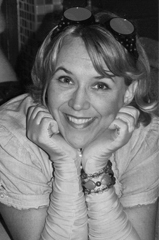 Leigh Statham was raised in the wilds of rural Idaho, but found her heart in New York City. She worked as a waitress, maid, artist, math teacher, nurse, web designer, art director, thirty-foot inflatable pig and mule wrangler before she settled down in the semi-quiet role of wife, mother and writer. She resides in North Carolina with her husband, four children, five chickens and two suspected serial killer cats.

Leigh is also a founder of QuantumFairyTales.com and is currently serving a life sentence there as senior editor and gnome driver. She loves all things sparkly and strange that go bump in the night.