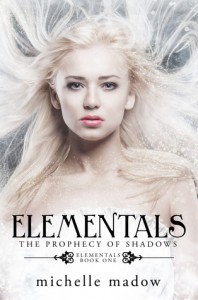 Filled with magic, thrilling adventure, and sweet romance, Elementals is the first in a new series that fans of Percy Jackson and The Secret Circle will love!

When Nicole Cassidy moves from sunny Georgia to gloomy New England, the last thing she expects is to learn that her homeroom is a cover for a secret coven of witches. Even more surprisingly … she’s apparently a witch herself. Despite doubts about her newfound abilities, Nicole is welcomed into this ancient circle of witches and is bedazzled by their powers–and, to her dismay, by Blake–the school’s notorious bad-boy.

Girls who get close to Blake wind up hurt. His girlfriend Danielle will do anything to keep them away, even if she must resort to using dark magic. But the chemistry between Blake and Nicole is undeniable, and despite wanting to protect Nicole from Danielle’s wrath, he finds it impossible to keep his distance.

When the Olympian Comet shoots through the sky for the first time in three thousand years, Nicole, Blake, Danielle, and two others in their homeroom are gifted with mysterious powers. But the comet has another effect–it opens the portal to the prison world that has contained the Titans for centuries. After an ancient monster escapes and attacks Nicole and Blake, it’s up to them and the others to follow the clues from a cryptic prophecy so that they can save their town … and possibly the world.

This book was so good! It was a story of  Witches mixed with Greek Mythology.  It was easy to read, and the words flowed so well I was turning the pages at the speed of lightening. Michelle Madow writes with ease, making it all look so simple. I was instantly taken back to when I was thirteen again. It was nostalgiic to me. The writing and the adenturous story was like reading a R.L.Stine or Christopher Pike book all over again. The style of writing was so similiar, and I wanted to devour this book in one sitting the way I used to devour these authors’ books. The story was constantly picking up pace and I never got bored. There were so many interesting things going on. It had an element of mystery  to it as well.

The characters were easy to fall in love with and each brought something special to the story. They each had their own unique loveable personality.  There was a bit of romance developing in this book. It wasn’t overdone and it went along smoothly.

This was so much fun and I just couldn’t get enough! I loved every second of it. I could not wait to read the second book and I was so happy that I was lucky enough to receive both the first and second e-book copy from the author in return for an honest review. I don’t know how I got so lucky to read this series but I am truly honored that I did. I urge you to pick this one up if you love witches. This just might be one of the best witch series I have ever read! If you love witches you will DEFINITELY fall in love with this series. Don’t miss out!

The Blood of the Hydra 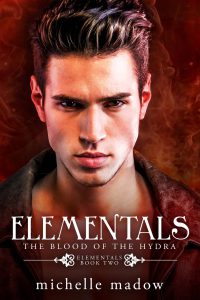 A demigod who can kill with a touch. It’s an ability that must be kept secret, even from those trusted most.

Finding out that she was a witch was strange enough, but now Nicole must face the realization that she has the rare power to kill with just a touch. No one can know her secret — not even Blake, who she’s had undeniable chemistry with since first moving to town.

Now Nicole, Blake, and the three others with elemental powers must stop a series of monsters that they previously believed to be dead from rising once again and destroying the mortal world. The creatures they face on this journey will be more dangerous than anything they’ve encountered yet. Will they all survive the quest? And how long will it be until Nicole is forced to use her ability to kill in front of everyone, revealing the true darkness of her powers?

Find out in The Blood of the Hydra, and join the Elementals on their quest to save the world — or die trying.

What? This just got even crazier and even more interesting than the first one. I didn’t think it could be done! The first book was so good I honestly didn’t know how the author was going to top the first one, but did she ever!

I picked this book up immediately after finishing the first one and enjoying it so much. I couldn’t wait to see what spin the story was going to take and what new adventures and powers were waiting for these young witches to discover. Let me just say I was not disappointed in the slightest bit! The adventures just got even more epic! The mythological creatures got bigger and badder! The plot thickened in this book and had me turning pages faster than I did with the first one.

Things are starting to crash down in this book and the threat to save the world from the Titans is becoming more real. The characters have to up their training and learn more skills for more epic battles. The witches have to travel to Greece to complete a mission that will hopefully protect Earth for a little longer. One of the characters discovers that her powers might be much more stronger than she thought, dangerous even. Nicole’s healing powers are really put to their test quite a few times in this book.

Seriously! I don’t know how I am ever going to wait until June to read this one. I know, I know, June isn’t very far away, but when you are waiting for the next book in a series it cf an feel like a lifetime! The way this series is going I have a great feeling about the third book. I know this one is going to be full of great romance and even more adventure and magic. I am so excited for the next one I can hardly contain myself!

Just after the first two books I am already so in love with this series. I am going to have to save up some money to buy the physical copies because this is definitely a series I want displayed on my bookcase and be able to go back and read all over again.

I just want to talk about one last thing that I usually never mention. The covers! I love them. Some of the most gorgeous faces I have ever seen on covers. The cover on this second book is swoon worthy. I already loved Blake’s character. Having that gorgeous face to put to him makes me like him even more! <3

The Head of Medusa

The epic story of witches, gods, and monsters that USA Today called a “must read” continues in the third book of the Elementals series!

When Nicole Cassidy moved to a new town, she discovered that she was a witch descended from gods. But that was nothing compared to learning that it was up to her and four others with mysterious elemental powers to help save the world from the Titans, who would soon return to Earth.

Now her relationship with Blake — the fire Elemental — is finally heating up. But she must remain focused, because Typhon, one of the deadliest creatures in history, has escaped from the weakening prison world. Only one object can destroy him — the head of Medusa herself.

Follow the Elementals as they journey to the end of the Earth, facing choices that will put their lives and the entire world at risk. Will they all survive the mission? Find out in the riveting third book in the Elementals series, The Head of Medusa. 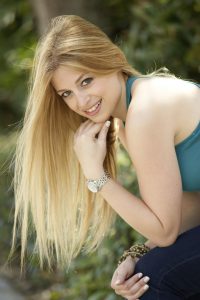 Michelle Madow grew up in Baltimore, graduated Rollins College in Orlando, and now lives in Boca Raton, Florida. She wrote her first book in her junior year of college, and has been writing novels ever since. Some of her favorite things are: reading, pizza, traveling, shopping, time travel, Broadway musicals, and spending time with friends and family. Michelle has toured across America to promote her books and to encourage high school students to embrace reading and writing. Someday, she hopes to travel the world for a year on a cruise ship.

Visit Michelle online and be sure to sign up for her newsletter and follow her on Amazon to get instant updates on her books! 🙂