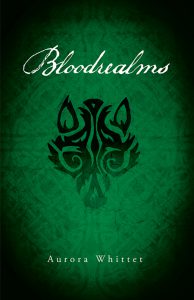 Werewolf princess Ashling Boru’s eighteenth birthday is only a year away, which means that she only has twelve months before she is claimed and fulfills her prophecy to unite the packs and lead her people. Her father decrees that her four suitors must fight in the Bloodrealms, the werewolves’ ancient underground fighting world, and the winner will have King Boru’s choice to win Ashling’s hand. The wolf laws are rigid and barbaric, and Ashling’s illicit love for Grey, if discovered, will mean his death. But when Ashling and Grey get trapped in the blood-soaked depths of the Bloodrealms, they find ancient horrors far greater than Ashling’s father’s rule.

With betrayal around every corner and old nemeses set to destroy Ashling, she is more divided than ever between the destiny she didn’t choose and the love that she did. To make matters worse, her decision will not only set the course of her future, but the future of her entire race.

WOW! This series just keeps getting even better! This book was a little bit longer than the first but it did not feel that way at all. It took me a little while to read the first one but I flew through this one. I think the story line for this one was really fast-paced compared to the first book. It had a lot of action going on.

The story picks up pretty much where the first book left off.  Things really start to get interesting. The romance really starts to build up in this story. There is a whole lot of action, fighting, blood, death, and hard choices to be made. This one held my attention even more than the first book and I read it in one sitting. It had a whole lot more going on. New characters are introduced and the plot thickens. Ashling has a whole lot more weighing on her shoulders. She has to make a lot of hard decisions and grow up even faster in this book. The decisions she will have to make will effect everyone. Relationships will be tested and secrets will be revealed. There was a few twists. Some tragic moments. They weren’t huge moments but they were interesting enough. This book ends on a note that tells me that things are really going to get crazy in the next book. I wouldn’t be surprised if the next one is the best one yet.

You could easily pick this book up and read it as a standalone if you have not read the first book. If there had been some time in between reading the first book and the second I would have easily been able to pick this up and know what was going on. The author does a good job of giving subtle reminders without rehashing the first story all over again.

There is gore in this book and it may not be for the faint of heart. However, the language in this book series is kept very clean. I highly recommend this story to Twilight fans, especially if you were a Jacob fan and a fan of the wolves. 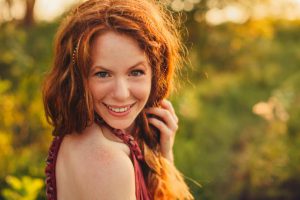 Aurora Whittet started out as a wild red-haired girl in Minnesota dreaming up stories for her friends to read. Mama’s Knight: A Cancer Story of Love is just the latest in a string of acclaimed works. Her first official writing endeavor became The Bloodmark Saga, featuring a werewolf princess-turned-ruler who falls in love with a human boy. Her first novel in the Bloodmark Saga, Bloodmark, came out in 2013, followed by Bloodrealms in 2014 and the final book Bloodmoon in 2016.