Touched By The Moon by Lisa M. Airey: Review Tour

Touched by the Moon (Touching the Moon Series, Book 2) 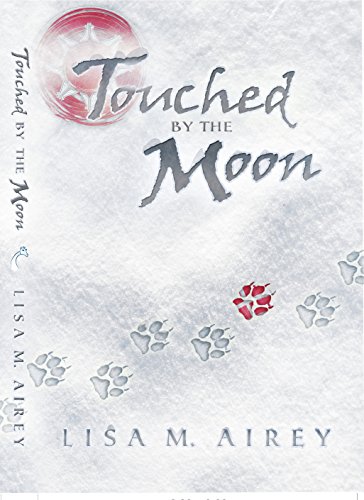 The timber wolves of Fallston, South Dakota fall prey to an international ring of fur trappers. Unfortunately, timber wolves are not all they capture. Taken by a savage group of criminals and transported half a world away to Denmark, two young boys must set aside their sibling rivalry to survive the violence that surrounds them.

Julie Walker is haunted by the loss of her sons and haunted by the reappearance of the one man she never wanted to see again in her lifetime, Hayden Kolding. He has an agenda, and a surprising ally, forcing Julie to confront a side of herself that she has fought long and hard to deny.

But life is seldom simply a matter of black and white. As victim becomes victor and hunter becomes hunted, there is a world of gray. And Gray Walker is out for blood.

Elliott Rand had been close to the end of his search grid when he was called back in to home base. The reckless boys had been found and now it was time for a couple of fingers of Gentleman Jack and some good home cookin’. Julie’s cooking. He was ready. More than ready.

He heard a wolf off in the distance. But it wasn’t a howl. It was a cry of pain. Abject pain.

Elliott shifted direction and cursed his fate. He was betting dollars to doughnuts that a timber wolf had been caught in an illegal wolf trap. It would be next to impossible to save a feral wounded without a tranquilizer gun. The best he could do was put the beast out of its misery. He clenched his jaws.

He moved as quickly as he was able, but the air was biting cold. It hurt to breathe. His eyes scanned the landscape for a safe path to follow and he moved forward with caution. The snowfall had been heavy, but it was powder dry and had slid down the mountain slope leaving a thinner blanket on the steeper portions. It was there he found the gray timber wolf gnawing at a left hind leg that was viciously pinned between two jaws of steel.

He took a step forward and felt his left leg buckle beneath him. The ice cut into his face as he took a nose dive into the snow. When he could take a breath and move past the searing, blinding pain, he looked back. His left leg was trapped within a shark’s maw of metal.

He pushed himself upright and tried to survey the damage, but all he could do was whimper like a child. The shame of his weakness galvanized him with attitude. He bit his glove and tried to corral his focus.

It was getting darker, he noticed. Odd that. It was mid-afternoon. He scrabbled at the metal vice pinning his leg.

Broken, the leg was definitely broken.

He looked back to the wolf. The animal was trying to chew through its own leg to get free. The white snow surrounding him was screaming red. Or was he the one screaming? All he could hear was ringing in his ears.

Elliott pulled his gun free of its holster and set it within reach, then he fumbled for his radio, dropping it four times. He took off his gloves to get better purchase, but the freezing wind stiffened his hands like wet wash hung outside in the winter cold.

Good news was, the pain had stopped. His leg was numb. Totally numb. And the wolf wasn’t growling. No. No more growling at all.

He stilled as little white pinpricks of light danced around the edges of his vision, then the pain washed back over him like a riptide trying to carry him off to someplace deep and dark. A small bone-carved pendant weaved before his face–a leather-bound pendant wrapped around a thick neck of fur. He reached out for that lifeline.

There was a sudden warmth. And then he let go and drifted into oblivion.

I loved reading  a novel that had to do with wolves. I love wolves and don’t get to read too many too often. These wolves were supernatural, so that made it even better. This story started out a little slow for me and I wasn’t sure if it was going to hold my interest but the story took off about midway and I really started to enjoy it. It quickly turned into an adventure and held my attention. I had to know what would happen to two of the main characters. The characters were interesting. I just had a bit of a hard time connecting with them. I felt like as I was reading this book I should have already known them. Unfortunately because this book was the second book in a series the connection with some of the main characters was kind of lost for me. You can easily read this book without having to read the first one. The story can stand all alone on itself. There were just a few brief moments where I felt like I should have known a bit more about the characters and situations. I would probably recommend picking up the first book if you want a deeper connection to the characters going into this story. If the connection with the characters doesn’t bother you then delve right into this one.

The chapters were a good length. I liked that the story was told from different characters perspectives. It helped me get to know each of the characters a tiny bit. I just felt like there was a lot more I should have known about them. There was a little bit mentioned from what probably happened in the first book but I still felt like there was more I should have known.

If you are a foodie, like myself, you will enjoy all the food that is cooked and mentioned in this book. The detail in the food and drink was wonderful. It made me get in the mood to start cooking up some new food and trying some new beverages. The gatherings of friends and family in this story were heart-warming and enjoyable.

If you are a feminist, this book might bother you a bit. It kind of made the women look like they belong barefoot in the kitchen, cooking, cleaning, and having babies. I’m not very familiar with Sioux Indian, but I’m guessing that might have had a lot to do with their beliefs and the women being wives of these men, what they had to deal with.

This story was basically about family, love, and doing whatever is needed to protect those you love and care for. To fight for them no matter what the cost. This was a good book to curl up with on a snowy Winter day. I read this one during the wrong month. To me, I think I may have enjoyed reading this a bit more during the colder months.

Overall, I did enjoy reading this story. I just would have enjoyed getting to know these charcters a little bit more on a deeper level. 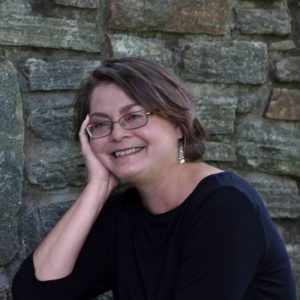 Lisa lives in Monkton, Maryland. When not writing, she spends her free time in the vegetable garden or in the kitchen cooking what she grows. She writes wine textbooks by day and novels by night. In January of 2016, she was knighted by the French government for her contribution to French Agriculture, namely wine! This is her second novel.

Let me know if you plan on reading this book in the comments below.

This Book Tour was hosted by: