The War of Words by Amy Neftzger 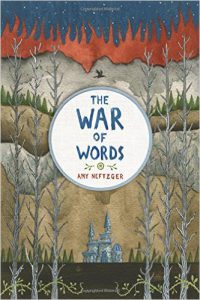 Battles against darkness, a quest for truth, and a search for the book that no one can read are all part of the fantasy adventure in The War of Words. As an evil sorcerer wages war by using mysterious shadows and seeks to gain control by confusing the residents as to what’s real and what isn’t, the fate of the kingdom rests in the hands of Kelsey and Nicholas. As the youngest officer in the king’s army, Kelsey fights the evil sorcerer’s shadows on the battlefield as she explores the kingdom searching for the key to winning the war. Nicholas, a young sorcerer in training who is mastering his craft, discovers how the right words can change the course of the future. Explore an enchanted maze, uncover the power of words, and learn about friendship in this whimsical tale.

This middle grade book was a magical read with an awesome message as well. A captivating read from beginning to end. This book was imaginative and full of all kinds of unique characters. This is the third book in a series called The Orphanage of Miracles. When I received this book I thought it was a standalone or the first book in a series. On goodreads it is not listed as part of a series. Sooon found out it was though. You don’t need to read the other books to understand this story. It was easy enough to figure out without the other books. However, after reading this one I would like to go and start back from the beginning to get to know the characters a little bit more.

Kelsey is the main character in this book. She is a soldier in the war between the Sorcerer and the King. Kelsey fights the black faceless shadows. Kelsey is on a hunt to find a book that no one can read. This book has the power to save the land and stop the war. Along the way Kelsey meets a Sister of Wisdom who gives her a gift. This gift seems to have a magical power and can make Kelsey see the truth. There are many other characters in this book along the way who have unique traits. I don’t want to give too much of that away. They are some interesting characters that I was not expecting.

Besides The War of the Words being an interesting fantasy story it also had a great message  to it. This is one of those books that you can enjoy reading but truly take something away from as well. This story also had some humor to it and possibly a slight undertone of romance. I can possibly see some sweet middle grade crush type of romance going on in the near future if there area more books to follow.

This story wasn’t like any others I have read. It wa original and interesting. It has the possibility to be a treasured series such as Harry Potter or Percy Jackson with a little more character development. I would like to get to know these characters a little better on a morea personal level.

I don’t think we have seen the last of these characters. This is one of those worlds that can still have a lot of story to tell. I will definitely be starting from the beginning to get the whole story and hopefully get to know some of the other characters a little bit better. Maybe if I had known about and read the other two books before this one I would have felt more connected to these characters. I missing the connection in this story.

This was a cute story with interesting, unique characters that I would definitely like to get to know better and read more of. It was a fun read. 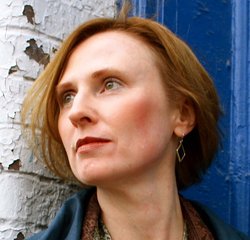 Amy Neftzger (born June 23) is an American researcher and author who has published fiction books, non-fiction books, business articles, and peer review research. Her works have reached an international audience.

Amy was born in Illinois and graduated from Elk Grove High School in Elk Grove Village, Illinois. She received her bachelors degree from the University of North Florida in Jacksonville, Florida and her Masters in Industrial/ Organizational Psychology from Middle Tennessee State University in Murfreesboro, Tennessee. She graduated from both Universities with honors.

She has written numerous business and journal articles, but her fiction works have been the most commercially successful. In 2003 she published Conversations with the Moon, which was also translated into Korean and published in South Korea. In 2005 she collaborated with her husband, guitarist Tyra Neftzger on a children’s book called “All that the Dog Ever Wanted.” The book was designed to introduce children to jazz music at an early age and included a CD sampler of jazz tunes. In 2007 she worked as an editor on a business fable called “The Damned Company.”