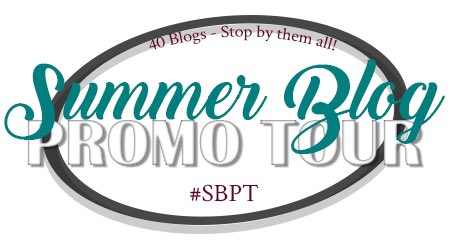 Hello everyone!I can’t believe it’s already the second week of the tour. This Summer is flying by already. Be sure to check out my guest post over on Confessions of Carlisa. You can check out the rest of the 40 bloggers by clicking on the banner above.  This week I have the lovely Melissa from The Reader and the Chef as my guest. She has a very special  post for you. I hope you enjoy!

Hi guys, I’m about to go on my first date with a fictional prince! He is Prince Galian of  Kylae country from S. Usher Evans’s The Madion War trilogy. I’m soooo excited. Since I’m the one who asked him out on a ‘friendly’ date (cause he is taken *cries*), I invited him over for dinner while I ask him a few questions so you can all get to know him. Let’s start!

Melissa: *Opens door & tries not to swoon too much* Hi Galian, so glad you could come! Please come in. 🙂

Galian: *awkward* Hi. Um. I hope the tabloids weren’t too much for you. They’re…well, they’re annoying.

Melissa: That they are, wouldn’t let me even go to the corner store! *Sigh* So… instead of just a normal dinner date, I thought it would be even more fun to cook our own dinner. And before you object, let me assure you that you don’t have to do much but keep me company, and since I’ve learned a thing or two from my sister who is a chef, I bet you can use today as practice for when you prepare something for Theo. I promise no bunnies. What do you think?

Galian: That’s appreciated. Rabbit’s about the end of my culinary expertise. And that was only because Theo showed me how.

Melissa: First off, do you like seafood? I know you live near the sea, but you might not be that much into it….

Galian: The chef at the castle would make this great dish, I don’t know what kind of fish it was. But he’d put…lemon on it? However he does it, it’s good.

Melissa: Awesome, lemons on fish are good too. So why don’t we make Pescado Empapelado for today? It’s basically steamed fish in foil, seasoned with butter, onions, tomatoes, and some spices. It’s really good and quite easy to make!

Galian: Good and easy are welcome. I have zero experience in the kitchen.

Melissa: Hopefully something will stick with you today! Help me out by cutting these tomatoes, however you want to chop them, and these onions into thin rings. I’ll start seasoning Red Snapper fillets that I’ll place in long foil sheets. *Ahem* So Galian, what is your favorite dish from your country? Do you know how to make it?

Galian: Growing up, we’d just have a lot of beef. Pork. Uuuh… *blushes* I didn’t really pay much attention to it. Our national dish is pheasant, but I have no idea how to cook it.

Melissa: Beef and Pork are good. Pheasant sounds amazing! Bet Theo would love it as well. How is she, anyway? I know things are a little bit rough with you two since you are Kylaen and she’s a Raven.

Melissa: She’s pretty darn cool. I’m rooting for you two! Now let’s just decorate these fillets with those tomatoes and onions. Could you pass me that cilantro over there?

Melissa: Hahah yes, thank you. Now we just cover these with foil sheets again, close them around the edges and cook them on a steamer for 25 minutes. Trust me, it’ll taste good.

Galian: I trust you. Anything’s better than rabbit.

Melissa: I can imagine! But cooking is not harder than taking care of a patient at a hospital, right? Tell me more about your career, what made you decide to pursue it in the first place?

Galian: I wanted to do something meaningful with my life. Being the third prince, I wasn’t going to be king, but I also didn’t want to waste my life. So I thought, why not become a doctor? I had the benefit of a great mentor, Dr. Maitland, and I’m really glad I went with it.

Melissa: You do a great job, Galian. Trust me on that.

Melissa: Now let’s eat! I have the table all set up. Personally, I love to eat these with corn tortillas and/or steamed rice. And we eat these directly from the foil (on top of a plate of course), but careful with the steam that’ll come out, it’s hot!

Melissa: Yay! Do you see yourself one day cooking for Theo, like a romantic dinner just the two of you?

Galian: Maybe if we’re ever in the same country for more than five minutes.

Melissa: I like that answer. I won’t make you help me out with dessert, we’ll just cheat and eat ice cream. Yes? 😉

Melissa: Well, thank you so much for this fun evening, Galian. I had a nice time. 🙂 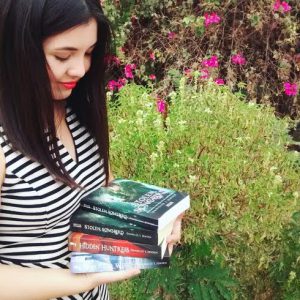 Melissa (also known as Melissa de Montigny on Twitter) is a book blogger and reviewer, currently living in Mexico with a degree in Foreign Trade and Customs. Her favorite genres are fantasy, contemporary, and all things Young Adult with a hint of romance (if it has book princes, the better). When she’s not reading, Melissa loves

to hang around Twitter professing her love for books, eating sweets, and staring at her collection of books. You can find her at The Reader and the Chef  (her blog), YA Books Central (staff reviewer), and on Kate Tilton, Connecting Authors & Readers.

Thanks so much Melissa for being a guest this week on my blog! It was fun. 🙂 Let me know  below what fictional character you would want to go on a date with and where would you go?