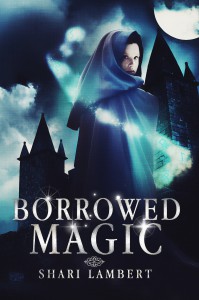 After a three-year siege, Lord Kern, the dark mage, is dead. Magic has left Tredare, and life is almost back to normal.

For everyone except Maren, that is.

Before the siege, an attack by Lord Kern left Maren near death and with a sliver of magic buried deep inside her. Now, for reasons Maren doesn’t understand, that magic has been triggered, giving her the ability to “see” the truth: that her world is nothing more than a magical façade; and that the kingdom’s hero may not be a hero at all.

But this gift of sight comes at a high cost. Maren is in constant pain, and fears her own death is imminent. Plus, no one believes her suspicions that another Dark Mage has risen, and that Tredare may be in just as much danger as it was when Kern was alive.

With the country’s future in the hands of a man who’s vowed revenge on its king, Maren must convince someone else of the truth. Unfortunately, the only person powerful enough to help is also the one man she can’t trust; the man she almost married; the man who abandoned her and disappeared for three years: Kern’s son.

As Tredare crumbles around them, Maren must persuade him to help – before the king is murdered by the very hero he reveres; and before the same magic that gives Maren the gift of sight also takes her life.

This book deserves more attention! It was so good! Mages, Kings, Queens, and  dark magic! What’s not to like!

In the first couple pages there were so many characters introduced. I felt a little confused and wasn’t sure if I would remember who was who. However, the author had a wonderful way of introducing all the characters to the reader so that you felt like you knew them and that they were some of your closest friends. I loved the main character Maren. She was a strong chic. With everything she had to go through I think I would have easily gone insane and given up.  She had my sympathy card the whole way through the story. That poor girl just couldn’t catch a break. I kept hoping things would get better for her but they just got worse and worse. The villain in this story was VERY good at being dark & evil. A little too good! I kept thinking ok, this is finally going to be the time he gets what he deserves. Nope. He would get away with his evil ways again and again. I felt like I was riding on a cliff-hanger the whole way through the book and I enjoyed every moment of it.  This was a  dark, magical adventure that I thoroughly enjoyed. I feel like I can’t say much more without giving away the story and I don’t enjoy spoilers so I wouldn’t want to spoil it for anyone else. All I can say is if you enjoy books with evil, magic, romance you should pick this up! I think fans of Queen of Shadows series would fall in love with this book! I can’t wait to see what this author writes next and I will definitely be stalking her social media until she does.

I purchased Siege: A Borrowed Magic Novella a while back when it was free on BookBub and I am mighty happy that I did! I plan on reading it as soon as I 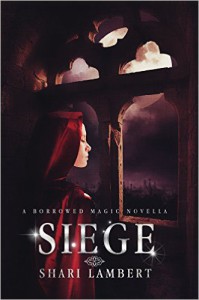 possibly can because I want more of this world and these characters. Hopefully the author will write another book and make this into a series. That would be fantastic.

Thank you to Xpresso Book Tours for sending me an e-copy of this book to read and review! 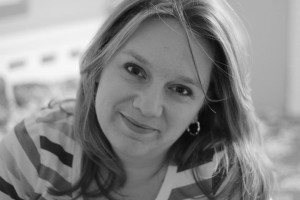 Shari has always loved to read. “Bookworm” may even be an understatement. But when she discovered Georgette Heyer in high school, her love of reading exploded. Ms. Heyer’s books were not only entertaining, witty, and smart, but they saved Shari from the awkward, unromantic teenage years. To this day, Shari’s favorite books all have romance in them.

Although Shari spent a good deal of her time at Brigham Young University on the ballroom dance team, she did manage to get a BA in History and English before going on to get a Juris Doctorate. After graduation, she decided her first priority was to be a mom — a career she’s stuck with and loved.

In between cleaning, laundry, and homework, Shari writes. Just like with reading, she wants to get lost in a world, whether imaginary or historical.

She lives just outside of Salt Lake City, Utah with her husband and four children.