There Once Were Stars Book Tour

Melanie McFarlane is one of my new favorite authors. When there was another book tour for her book I was excited to help in any way I could. I already read and reviewed  There Once Were Stars. So this time around, I have a guest post from Melanie herself. There is also a link to my review in this post if you would like to read that as well. Don’t forget to enter the GIVEAWAY for your own copy at the bottom of this post.  Enjoy! 🙂

There Once Were Stars 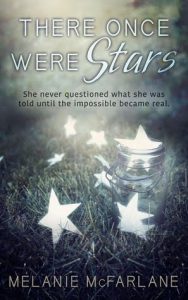 Peace. Love. Order. Dome. That’s the motto that the Order has given the residents of Dome 1618 to live by. Natalia Greyes is a resident of Dome 1618, a covered city protected from the deadly radiation that has poisoned the world outside for four generations. Nat never questioned the Order, until one day she sees a stranger on the outside of the dome. Now Nat wants answers. Is there life outside the dome and if so, what has the Order been hiding from everyone?

10 Things People Don’t Know About There Once Were Stars 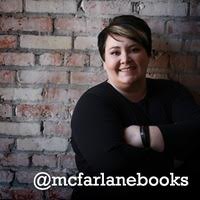 Melanie McFarlane is a passionate writer of other-wordly adventures, a little excitable, and a little quirky. Whether it’s uncovering the corruption of the future, or traveling to other worlds to save the universe, she jumps in with both hands on her keyboard. Though she can be found obsessing over zombies and orcs from time to time, Melanie focuses her powers on writing young adult stories to keep the rest of the world up reading all night.

She lives with her husband and two daughters in the Land of Living Skies.

Connect With the Author:

Five e-books of There Once Were Stars

Tags: ten things you didn't know about there once were stars