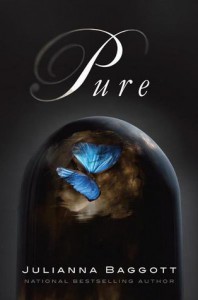 I was very excited to read this book. It sounded like a great idea for a story. I expected so much more from this story. It was very hard for me to get through this one. I kept reading on in hopes that something exciting would happen and that the story would get better. The closer and closer I got to the end of the book, the more anxious I was to get this story over with and go on to a better boo It lacked emotion, was dark and dreary, no humor whatsoever in the story.There was nothing to draw me in and keep me wanting more. The story was so hard to get into. I felt my mind wandering way too many times. I needed PLENTY of coffee to get through this one.

I had a very hard time connecting with the characters.I felt like I was in a room full of family and friends who couldn’t care less if I was even there! The characters felt disconnected from each other as well as from the reader.

The character El Capitan wasn’t introduced until three quarters of the way through the story and then all of a sudden he had a voice and was narrating one of the chapters. This book was just all over the place and gave you no chance to get to know a character and love them before moving on to another chapter and another character’s perspective. Point blank, there were too many point of views and not enough connection! This book left me feeling empty inside-just like the characters.